How it all began…

PRDS was formed in the summer of 2003 by Patrick Campbell and Andrew Dewhirst. Pat and Drew worked in the wireless industry together for several years prior to forming Powder River. The company started in Drew’s house in Laramie, Wyoming and Pat’s car as he traveled throughout the Gulf Coast region for their first project.

While today, PRDS generates nearly all its income from wireless projects, the opportunity to start the company happened in the retail industry.  PRDS secured a contract to provide site acquisition and zoning services for seven T-Mobile Outdoor Kiosks in Texas in the summer of 2003. 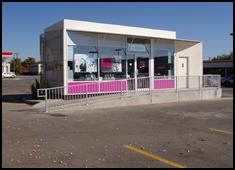 The scope of work was very similar to the work PRDS  performs for wireless providers.  Drew and Pat’s success with those first seven stores was rewarded and they eventually worked on over 200 sites with T-Mobile resulting in the opening of 75 kiosk stores in approximately 15 months’ time.  During 2003 and all of 2004, T-Mobile was PRDS’ only client but the project provided a foundation for the national presence we offer our clients today.  By late 2004, Drew and Pat had moved into their first office and hired their first employee.  PRDS has grown from that point and continues to grow and diversify.  In January of 2011, the company relocated its headquarters to Boise, Idaho.  Supported by our corporate headquarters in Boise, and strategically located resources throughout the country, we offer our Site Acquisition, Architectural & Engineering and Construction Management services nationally and serve some of the nation’s biggest wireless providers including Verizon Wireless, T-Mobile, AT&T and Sprint.

To learn more about Powder River’s founders go to Our Team Members page.

What is the Powder River?

The Powder River is a 375 mile long tributary of the Yellowstone River located in northeastern Wyoming. It drains an area historically known as the Powder River Country on the high plains east of the Bighorn Mountains.  It rises in three forks in eastern Wyoming. The North and Middle forks rise along the eastern slope of the Bighorn Mountains. The South Fork rises on the north slope of Garfield Peak in the Granite Mountains west of Casper. The three forks meet on the foothills east of the Bighorns near the town of Kaycee. The combined stream flows northward, east of the Bighorns, and into Montana. It is joined by the Little Powder near the town of Broadus, and joins the Yellowstone approximately 50 miles downriver from Miles City, Montana. The Powder River was so named because the sand along a portion of its banks resembled gunpowder.

Some hands trailing cows to the railroad at Casper in the autumn of 1893 bedded down near the headwaters of Powder River, near the present Hiland, Wyoming, one night. They talked about crossing Powder River repeatedly the next morning, and spoke of getting their swimming horses. The next morning one cowboy, Missouri Bill Shultz, changed horses to get a good swimmer. Making their various crossings, they discovered that in the fall at that place, Powder River was just deep enough to wet a horse’s hoof, and had barely enough energy to trickle from one hole to another.

When they got to Casper, Missouri Bill toasted the hands like this: “Boys, come and have a drink on me. I’ve crossed Powder River” They had the drinks, then a few more and were getting pretty sociable. When Missouri Bill again ordered he said to the boys, “Have another drink on me, I’ve swum Powder River,” this time with a distinct emphasis on the words Powder River. “Yes, sir, by God, Powder River,” with a little stronger emphasis. When the drinks were all set up he said, “Well, here’s to the Powder River, A mile wide, an inch deep. Too thin to plow, too thick to drink…..Powder River Let `er Buck!”

Soon he grew louder and was heard to say, “Powder River is coming upeeyeeep! — Yes sir, Powder River is rising,” and soon after with a yip and a yell, he pulls out his old six-gun and throwed a few shots through the ceiling and yelled, “Powder River is up, come an’ have `nother drink.” Bang! Bang! “Yeow, I’m a wolf and it’s my night to howl. Powder River is out of `er banks. I’m wild and woolly and full o’ fleas and never been curried below the knees!”

Bill was loaded for bear, and that is the first time I ever heard the slogan, and from there it went around the world.

It was at Camp White, in the heart of the Rogue River Valley in Oregon, that the 361st Infantry Regiment of the 91st Infantry Division was reactivated on 15 August, 1942 after 23 years on the inactive rolls of the United States Army. The 361st, as part of the 91st Division, had served its country well during the First World War. It was one of the best units in the A.E.F. During the last months of the war, it had met and defeated the best of the German Army in the Lorraine, Meuse-Argonne and Ypres-Lys campaigns. In the 39 days it was in combat, it was credited with having permanently gained fifteen and one half miles of enemy territory. In a war where little real estate changed hands, this was a major accomplishment. After the armistice, the Regiment patrolled the Franco-Belgian border for a short period. It was here that the division adopted a green fir tree as its insignia and gave itself the battle cry, “Powder River, Let `er Buck!” The fir tree symbolized the Northwestern United States, for the personnel of the division had come from seven western states. By the time the division arrived back home, the battle cry had become official.

To Read the “Annals of Wyoming” excerpt by Edward Farlow click here.